I'm often asked about the minimum organic search requirements for ranking on the major search engines. While search engine optimization (SEO) may appear like an overwhelming mystery, it often comes down to these basic elements.

That's it.  Beyond these easy to implement requirements, consider:

Google uses over 200 factors to rank pages.  The key is to have great content that when compared to content from others. Think about how a computer would determine whether one piece of content is better than another. In this context, factors such as length, the presence of visuals, video and measured engagement (clicks) start to make sense.

To go a step further, think about what the reader would want in a mobile environment and in a desktop environment.  Plan for both.

Can A Great Ad Start With a Mole?

Can You Pass The Attention Test?

An attention getting TV commercial from car maker SKODA Fabia.

It was nice to see some strong branding work from McDonald's (MCD), Always (PG) and Microsoft in the Super Bowl.  In the case of McDonald's and Microsoft (MSFT) my reaction was more of a "where have you been old friend," and oh "that is what you stand for."

In a world where consumers are bombarded by media, games, apps, experiences, work, family and other time demands, brand advertising is more critical than ever. It is the way we quickly understand if a brand is worthy of our time, attention and dollars.

No, you cannot substantiate it, but boy, you sure do know when a brand is lost and now found.

If you have been living under a cultural rock, here are the three commercials (the cure is a subscription to Entertainment Weekly and the Skimm).

Microsoft What Can You Do?

Can McDonald's Be Saved?

Today, McDonald's (MCD) replaced CEO Don Thompson with incoming CEO Steve Easterbrook. McDonald's has been on a brand slide. They seemed to have gotten lost somewhere at the intersection of quality, value, menu innovation, flavor, and health.

Can McDonald's be saved? Sure. Others are prospering in fast food.  Think Chipotle (CMG) for a winner in health and quality, and Wendy's (WEN) for menu innovation and taste.  Plus, watch the Shake Shack (SHAK) IPO scheduled for tomorrow to see excitement in the burger business.

Then I came across this picture, and you start to think that maybe a McDonald's turnaround is possible: 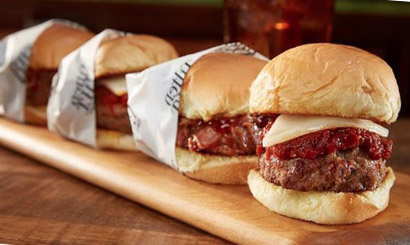 An immediate prescription for success leaps off the page:

The answer might lie in dividing the marketing program into three components that would serve as the foundation for an annual menu development and communications plan. Something like:

McDonald's has a long road ahead starting with clean bathrooms and ending with appetizing restaurants and menu innovation. I would bet an 18 to 24-month road.

Big Lou Can Get You Insurance Too

You have to love big Lou.

He has two ex-wives.

And cholesterol levels off the charts.

But "Big Lou" was able to get life insurance, and he can do the same for you.

The campaign is raw, has little tact and hits the audience right in the middle of the target.

The Big Lou campaign is a smart creation of TermProvider.com.

Smart Targeting: Men that have trouble getting life insurance due to some medical issue.  Well defined and different from the rest of the industry. They don't promise the lowest price, just the best pricing for guys with real problems.

Great Radio: I can't wait to hear what is going on with Big Lou today.  Is he now up to wife number 3?

Granted it is not for everyone, but what guy wouldn't like.... "Did you marry a trophy wife who wants a life insurance policy three times bigger than your last two mistakes? If so, we have insurance to meet all your needs. Call Big Lou to set up an appointment".

I like what is going on with CVS (now CVSHealth). They are making some smart bold marketing moves (in addition to the strategic use of big data driven coupons and promotions etc.) in a category filled with larger and smaller well run competitors such as Walgreens. 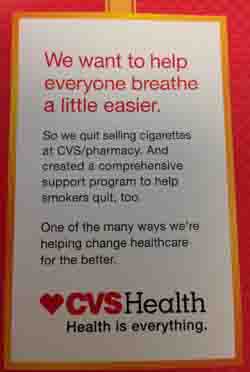 The bigger the trend, the more urgency is felt by a slice of the population to take some type of corrective action in order to get with the program.

The quest for better health is one of these catalysts interpreted by consumers as, I'm aging physically and I want to slow it down as best I can.

(In this case it is also the category benefit, so smart move to try and own it before someone else does.)

This sparked a wave of related trends such as wanting to know the source of our food, coconut water, watermelon water, water that is water and many others.

Chipotle gets it. Zoes Kitchen gets it. Hain Celestial and White Wave gets it. (note to self: I have to pick up a few shares of each of these stocks)

Now CVS gets it with a leap on the bandwagon.

First the name change - from CVS Caremark to CVS Health.  Sounds clear to me.

Next the new tag-line - Health is everything.

Since actions speak louder than words, they dropped cigarettes from each store. Brave move since it has to cost some $$$. 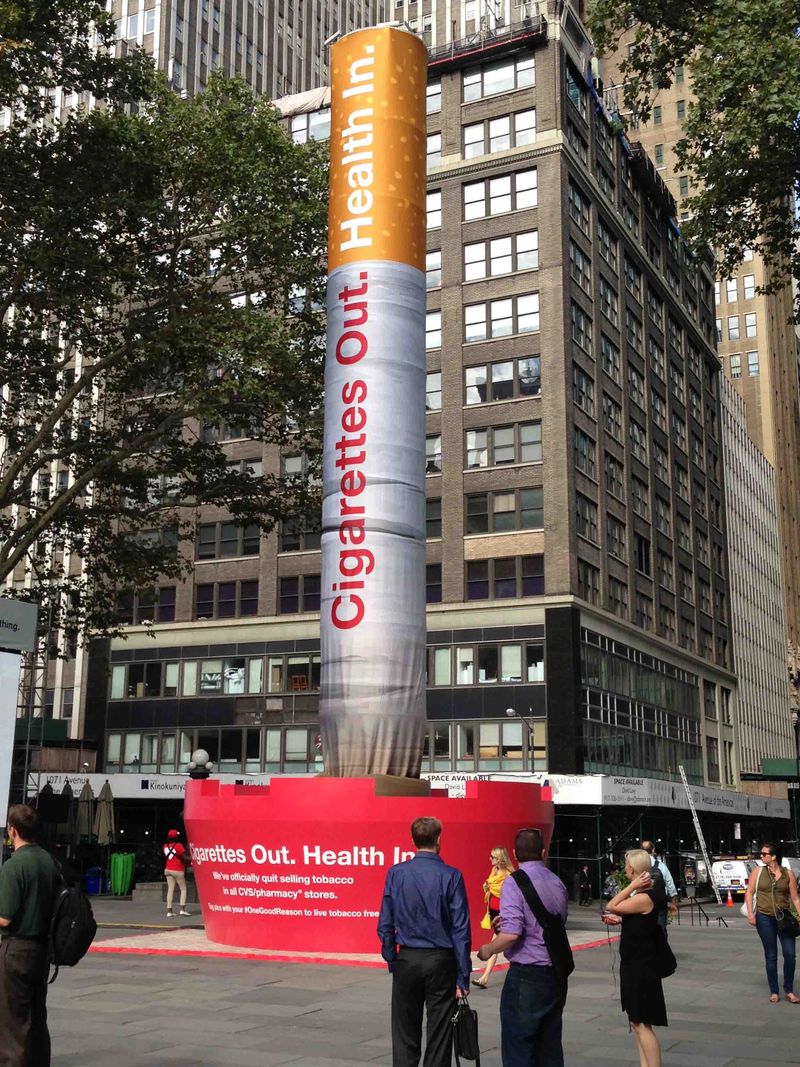 Now it's time to market the change starting with a big outdoor splash in Manhattan's Bryant Park.

The CVS brand now has the positive mo'

Looking forward to see what they do with it. 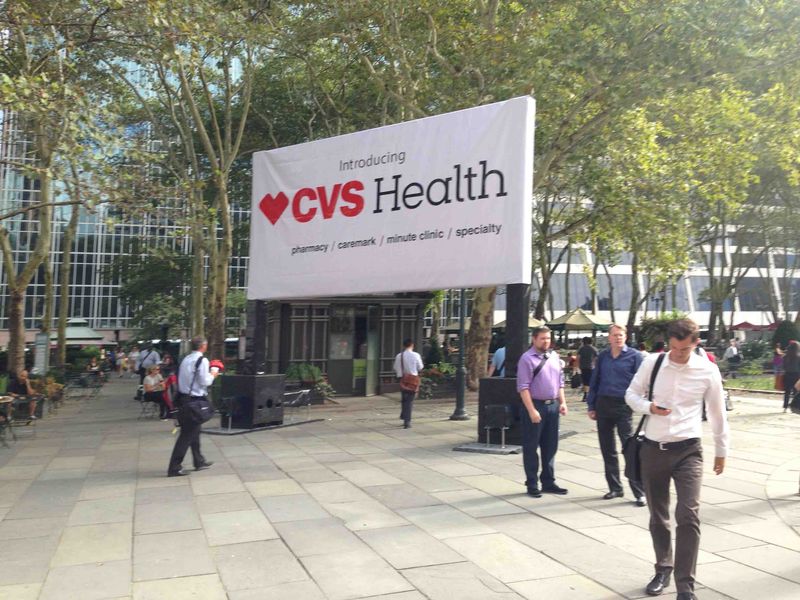 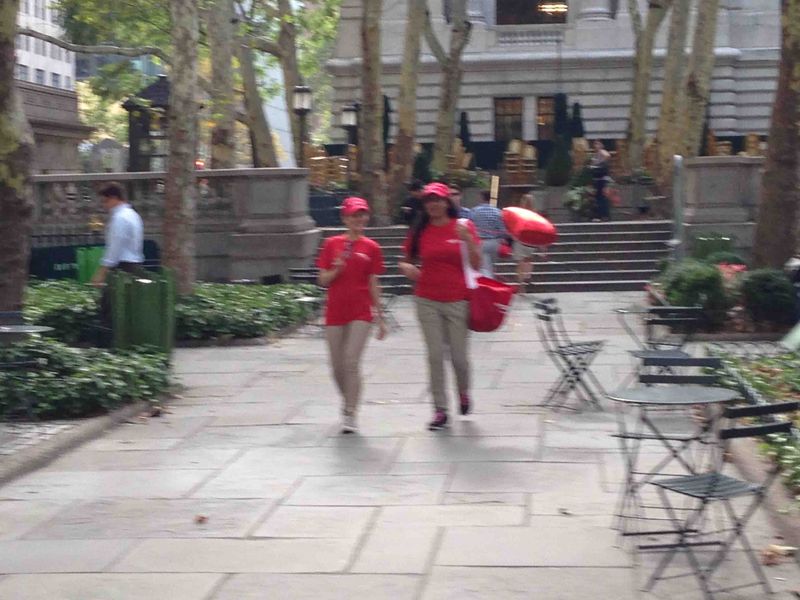 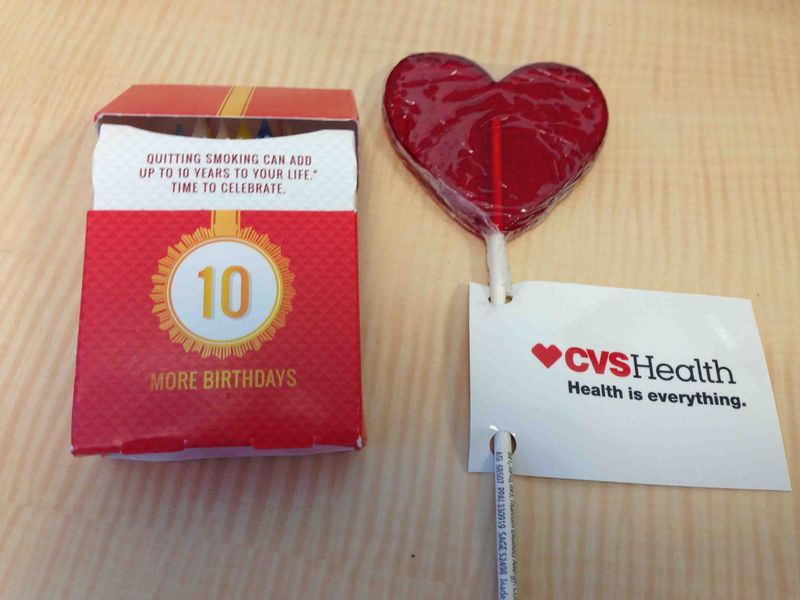 Walgreen's it is your move.

Plan a Facebook media buy only to be told by your media agency that all the precise targeting offered by Facebook is too expensive, and that you should target everyone since the "waste" is cheaper than precision.

Buy ads on Facebook to generate more likes because it feels good when the number goes up. Watch likes soar only to see content and contests fail to engage friends of friends.

Invest in technology to track it all only to see the most inane posts engage current fans. Think to yourself that you can reach more people with one airing of one well placed TV commercial with signficantly less effort while generating more impact.

Fast forward to today's New York Times which describes what happens when you work with Facebook in what they call a "publishing garage." For home gamers that's another name for a brainstorming session with agency, clients and Facebook personnel.

The client expects Facebook to provide advanced data analytics. Facebook suggests that targeting with this level of precision is too expensive, target everyone, but use ads that breakthrough, referred to as "thumbstopping" ideas. Plus use visuals. One day of brainstorming yields the "thumbstopping" visual of a grandfather pulling a quarter out of an ear. Nothing to do with fish oil, but will stop some thumbs.

They run the "grandfather" image and it gets 18,000 likes and nearly 600 comments. Other more traditional images such as "ice and snow" which speaks to the arctic root of fish oil falls flat.

- campaign runs for 8 weeks reaching 18.1 million women aged 45 and up (56% of available target audience)
- ROI - 200 (campaign earned $2 for every $1 spent on media). Data was compiled by Datalogix. (not sure how they know, but assume the Datalogix black box is accurate)
- The brand gained 1 point in share from all marketing efforts, yielding a 9.2 share (also did TV, sampling)
- ROI better than TV (although TV was running at the same time)
- TV continues to get majority of budget, but Facebook earns spot in the marketing mix for product
- Facebook earns a global role in Reckitt Benckiser advertising plans
- Ultimately, the MegaRed client decides to run video on Facebook

What The Study Proved:

-Facebook reaches lots of people and if you can reaach them with something that they will notice, anything, it can impact results.
- Think of Facebook more like TV than a targeted medium (a conclusion that serves Facebook well since it maximizes the opportunity to draw ad dollars from the biggest pool).
- Lean toward interesting emotional visuals instead of advertising that delivers on the brand promise (pains me to say this since it goes against everything I've learned in advertising). One "grandfather" ad is worth ten benefit driven ads.

What the "Rogue Marketer" Would Have Done Differently:

-  The power of Facebook is the data. Reckitt Benckiser should have went with their first instinct.
-  Using a small sample of targeted consumers, Reckitt could have determined the actual change in buying behavior among current, marginal and consumers that buy from competitors. With this data in hand they could project the impact on the general population without paying the premiums in the long term.

I could hypothesize about why Reckitt didn't go with the "rogue marketer" approach, but that would be too cynical. Instead, I"ll just say that when selling fish oil, just know what you are getting. Also know that as far as Facebook packaged goods advertising goes, it should at minimum be considered as a way to extend the reach of the television buy using video.

A Facebook home run for packaged goods (and other) advertisers are video ads, that have something to do with the brand, that are so engaging that people take note and share.

You know it when you see it

It stands out from the drone of the average

And it doesn't waste our time

It provides a reward for the time and attention we provide

And it is worthy of being shared, discussed and revisited

The Howard Stern interview this morning with Donovan was epic

Beautiful the Musical is epic

When you are the #3 brand in a category  you aren't even in the game.

Consumers ignore your advertising with the usual "we cost less" and our "features are better" messages.

The game is over, might as well sell the company like P&G did to all of their #3 brands, unless......

You blow up the category.

With a solution to a real consumer problem.

They solved the biggest problem in the category, the complexity of switching to another carrier.

Instead of making the switch a consumer headache, they took it on.

They became the "uncarrier."

They are eliminating confusion around fees for International Data.

"Redefining a stupid broken arrogant industry"
"Upgrading when you want"

And the big idea "refunding every switching fee"

Amazing how simple advertising becomes when you actually say something.

And how persuasive it is when you solve an industry problem.

Can't wait to watch the stock rise and the category leaders fall.

PS: Peter Deluca, SVP Brand & Advertising at T-Mobile - if this is your work, awesome job.